Alberta is Canada’s third largest producer of electricity among provinces with a generating capability exceeding 16,000 MW. Over 90 percent of Alberta’s electricity is produced from fossil fuels (natural gas and coal). It is Canada's largest oil-producing province, accounting for nearly 80 percent of Canadian oil production. The Albertan government has established a goal of phasing out coal-fired generation and procuring 30 percent of the province’s electricity from renewable resources by 2030. Alberta’s Renewable Energy Program is intended to procure 5,000 MW of renewable energy by 2030.

Under development in Southeast Alberta

Alberta’s historic reliance on electricity powered by fossil fuels offers the potential significant growth in renewable resources, as the province moves to address climate change. Substantial development of wind power and solar energy is planned. But those variable energy resources can only generate power when the wind blows and the sun shines. As a result, energy storage is needed to make their power available whenever it is needed. Long-duration energy storage is a vital element of Alberta’s electric energy transition. 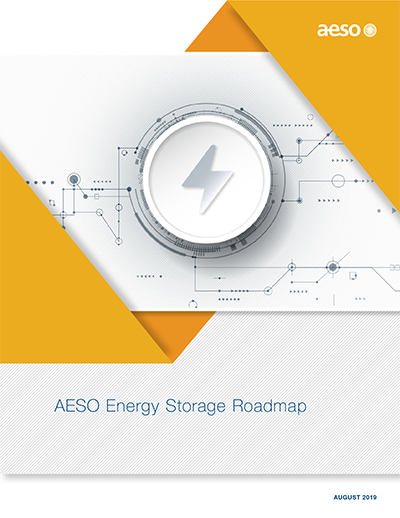 The Alberta Electric System Operator (AESO) issued an Energy Storage Roadmap in 2019 to facilitate integration of energy storage impartial to technology, configuration and point of connection. The AESO roadmap treats energy storage as a unique asset type; neither load nor generator.

Quidnet is using fossil fuel industry expertise and experience to make long-duration energy storage a reality in New York and other parts of the nation. We are developing and deploying energy storage using the science of geomechanics and time-tested pumped-storage hydropower technology. Our system is modular, scalable, and terrain-independent, offering structural cost advantages, with lower per-megawatt installed costs than gas peaking plants and alternative storage systems. We’re reliable and ready, with equipment provided and serviced by mature suppliers from well-established industries. 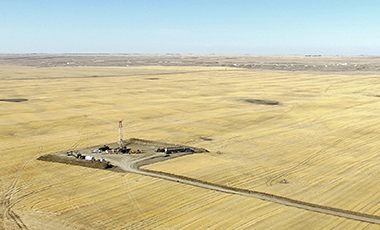 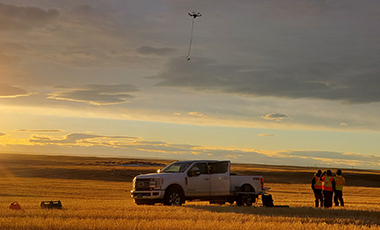 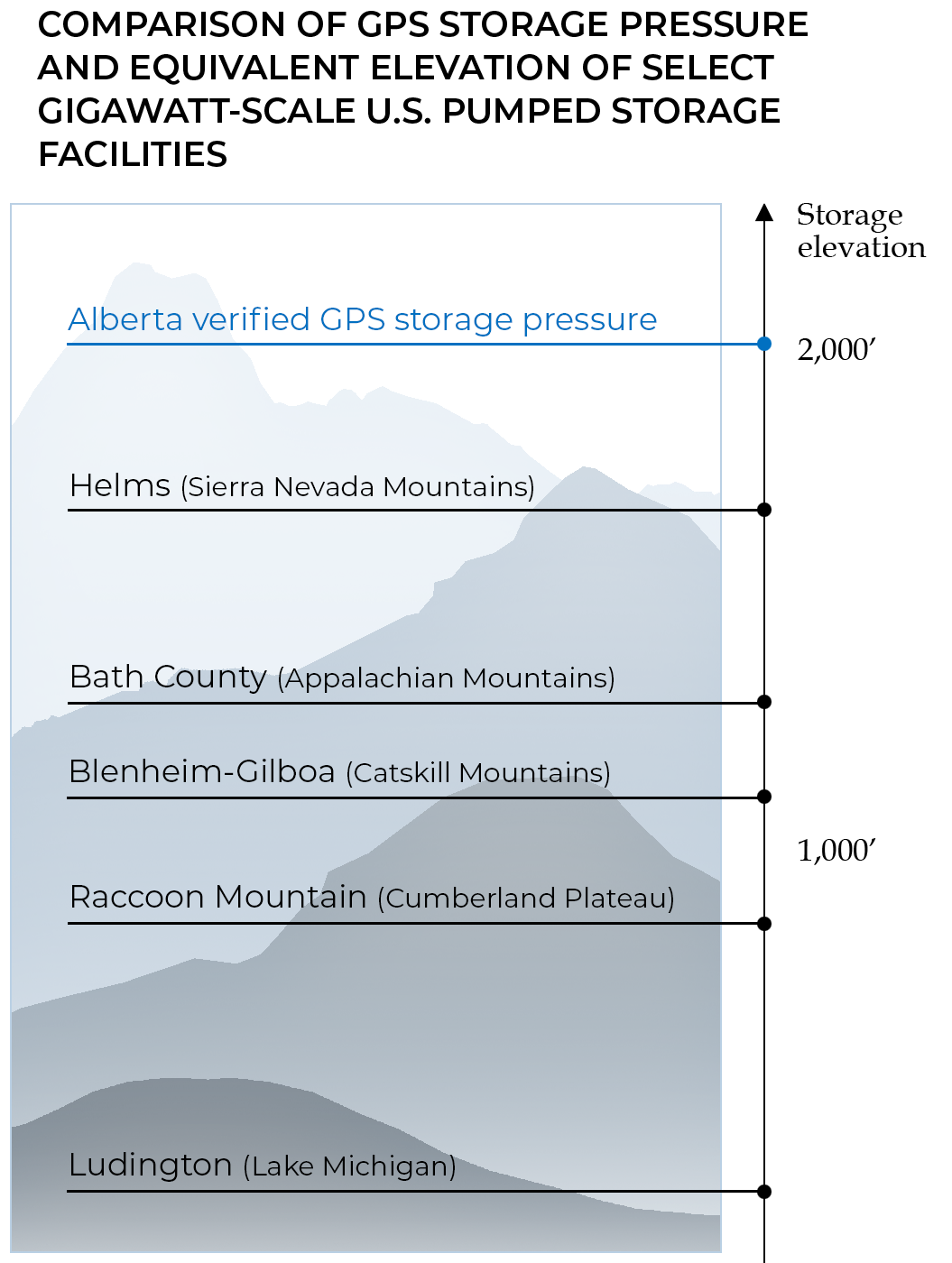 Quidnet uses the pressure found deep within the rock of Alberta as a natural resource that enables our innovative GPS technology. The level of this pressure is determined by the regional sedimentary conditions developed over millions of years of geological activity.

Due to the prolific history of oil and gas drilling across the province of Alberta, the rock here is perhaps the most studied in Canada. This valuable existing research provides Quidnet with an abundance of data that helps our geologists identify target locations for the deployment of Quidnet’s GPS energy storage solution. The rock in each site location must have suitable subsurface conditions and contain no unwanted hydrocarbon content. 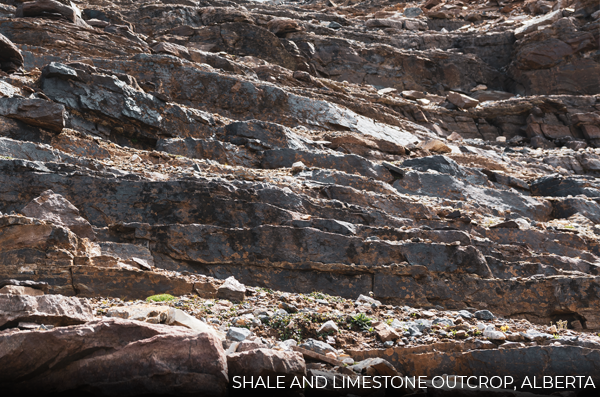 Cretaceous period, when sediment collected in the lowlands near the base of the Rocky Mountains. At the time, the global sea level was so high that a shallow seaway spanned from the Arctic north of Canada to the Gulf of Mexico. Much like a river delta collects silt, sediment accumulated as clay on the basin floor of this inland sea until, over millions of years, the buried clay hardened to become the sedimentary rock known as shale.

Shale is the most common seal for hydrocarbons (natural gas and petroleum), in part because of the ability of this rock to trap vast pockets of mineral wealth. This same characteristic – known as “impermeability” – makes it ideal for storing pressurized water without leaking. The shale deposits of the WCSB, in some places up to six kilometers (3.7 mi) thick, can be found underlying 1.4 million square kilometers (540,000 sq mi) of Western Canada including Alberta and parts of British Columbia, Manitoba, Saskatchewan, and the Northwest Territories.

Through testing, Quidnet has verified that the storage pressure of the rock in Alberta is substantial. To build a traditional pumped storage facility with equivalent water pressure through gravity alone, the water would need to be pumped into a reservoir over 2,000 feet up a cliff. Quidnet's GPS provides the energy generation capacity of pumped storage on a smaller footprint and independent of terrain.

Quidnet's technology is building on the innovation and technical expertise of Alberta's oil and gas industry to help solve a key challenge with renewable energy: the need for reliable and long-term energy storage. This project is another example of Alberta taking actions to develop the solutions the world needs to achieve its emissions reductions goals.

Emission Reductions Alberta (ERA) is a not-for-profit organization established in 2009 to invest the funds generated by Alberta’s carbon pricing system into solutions that reduce greenhouse gases, lower costs, attract investment, and create jobs in Alberta. ERA has awarded Quidnet $5 million to demonstrate how Quidnet’s technology can enable solar and other renewable resources to supply emission-free electricity to Alberta. The initial project will take place at Quidnet’s geologic test site in Brooks, Alberta. With the successful completion of that project, Quidnet looks to deploy its technology across the Alberta power grid, including co-location with solar and wind power facilities. Quidnet estimates that the buildout catalyzed by the ERA-funded project would add $1.5 billion to the Alberta economy and contribute to reductions of 698 kilotons of CO2 emissions per year by 2030.