California leads the nation in electricity generation from all renewable resources combined. Its deserts are home to vast utility-scale solar farms and the largest single wind energy project in the United States (also the third largest in the world). Since 2017, over half of California’s electricity produced is from renewable resources. California’s power grid is overseen by the non-profit California Independent System Operator (CAISO), which has stated a need to dramatically expand the state’s energy storage capacity to stabilize the energy system and facilitate the transition to a carbon free future.

During the middle of the day when the sun is shining and the wind is blowing, California’s renewable resources can produce more energy than is needed. During these periods of surplus energy, CAISO is forced to reduce the production of energy from renewable sources. Through long-duration energy storage solutions like Quidnet Energy’s innovative Geomechanical Pumped Storage (GPS) technology, these wasted resources can be retained and the power made available after the sun has set and solar farm production has stopped for the evening.

A report released in March 2021 by California’s Air Resources Board, Energy Commission, and Public Utilities Commission – three state agencies that regulate climate and energy issues – concluded that an additional 48,800 MW of energy storage will be necessary by 2045 to meet the state’s ambitious climate goals.

Quidnet is using established technologies in a new way to make long-duration energy storage a reality in California and other parts of the nation. We are developing and deploying energy storage using the science of geomechanics and time-tested pumped-storage hydropower technology. Our system is modular, scalable, and terrain-independent. Compared to gas peaking plants and alternative storage systems, Quidnet’s GPS solution offers significant structural cost advantages and a lower per-megawatt installed cost. We’re reliable and ready, with equipment provided and serviced by mature suppliers from well-established industries. 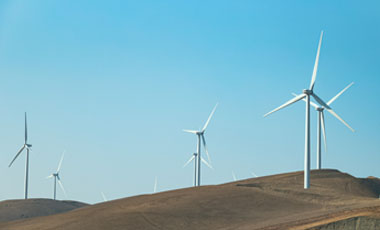 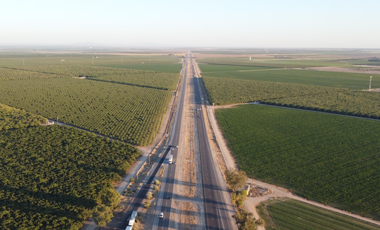 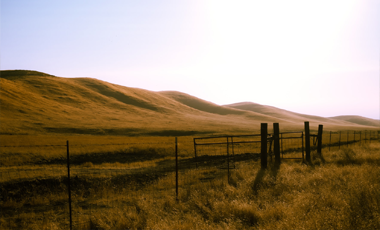 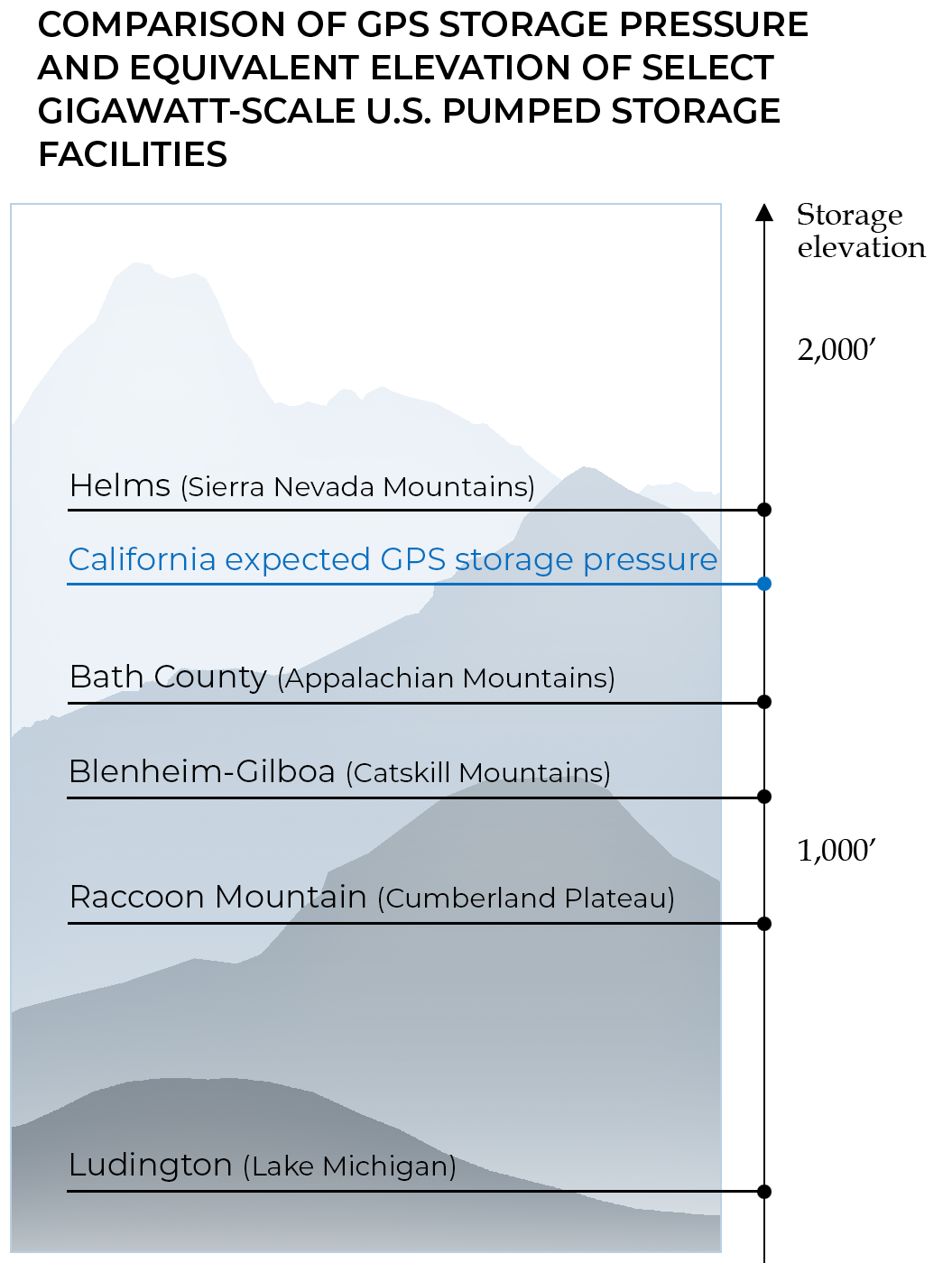 Quidnet can utilize the pressure found deep within the rock of the San Joaquin Basin as a natural resource that enables our innovative GPS technology. The level of this pressure is determined by the regional sedimentary conditions developed over millions of years of geological activity.

Due to extensive oil and gas interest in the San Joaquin basin, the rock here is perhaps the most studied in California. This valuable existing research provides Quidnet with an abundance of data that helps our geologists identify target locations for the deployment of Quidnet’s GPS energy storage solution. The rock in each site location must have suitable subsurface conditions and contain no unwanted hydrocarbon content. 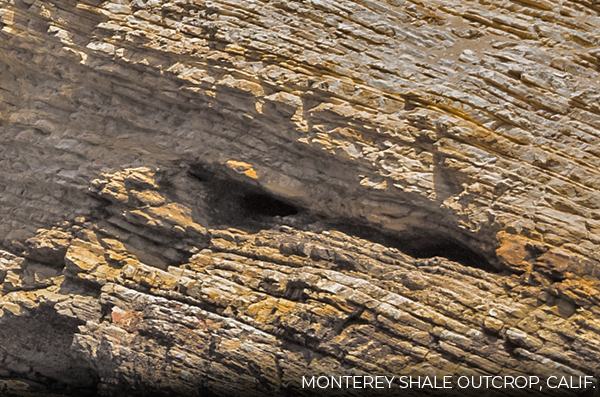 Over 80 million years ago, two tectonic plates collided off the west coast of North America resulting in the formation of the California Coast Ranges, a chain of mountains along the Pacific coastline. To their east lie the Sierra Nevada, a range of even older mountains in central and eastern California. Between these two mountain ranges is the low-lying Central Valley, home to the San Joaquin Basin. Throughout the Eocene and Miocene times, 5 –45 million years ago, this valley was flooded. Sediments from the surrounding mountains settled here and, much like a river delta collects silt, accumulated as clay on the basin floor of this shallow inland sea. Over millions of years, these buried clays hardened to become the sedimentary rock known as shale.

Shale is the most common seal for hydrocarbons (natural gas and petroleum), in part because of the ability of this rock to trap vast pockets of mineral wealth. This same characteristic – known as “impermeability” – makes it ideal for storing pressurized water without leaking.

Through extensive geologic research, Quidnet has estimated that the storage pressure of the rock in the San Joaquin Basin is substantial. To build a traditional pumped storage facility with equivalent water pressure through gravity alone, the water would need to be pumped into a reservoir over 1,500 feet up a cliff. Quidnet's GPS provides the energy generation capacity of pumped storage on a smaller footprint and independent of terrain.

California's drive for decarbonization has placed the [California] ISO on the leading edge of the energy storage revolution. [. . .] Energy storage is going to play a critical role in maintaining reliability and providing essential grid services.

Elliot Mainzer, President and CEO of the California ISO, in a press release

Quidnet is also working with Advanced Research Projects Agency–Energy (ARPA-E) through their Duration Addition to electricitY Storage (DAYS) program to develop the GPS resource in key power markets across the US by planning and executing exploratory wells to characterize, evaluate, and validate the geologic resource, including inactive oil and gas well sites.